The Oakland Bears Youth Hockey Club will be rostering players on Friday, December 11th, 2020 @ 5:00 PM. Please use the Google Form located on the "Bears Tryouts" page to request a registration link. The same process will be held for all players looking to play JV Hockey this season in the Sharks Ice JV High School League.

If you have any questions, please contact Coach Chi.

The Oakland Bears are proud to present the following items for registration during the Spring Season!

Register Here as an Individual ($150)

The Oakland Bears were able to send three teams to the 2019 NORCAL Championship over the 3/15-17 weekend in San Jose.

The Bears 10A team powered their way through most of the season, successfully earning themselves the number two seed in NORCAL. The Bears were able to gain traction as round robin play came to an end on Saturday, by knocking off the number one seed, Santa Clara Blackhawks, with a 3-1 win, which would send them to the Semi-Final game the next day against the Tri-Valley Blue Devils. The game would go back-and-forth, until the last frame, where the Bears seemingly pulled ahead for good, winning 8-5, vaulting them to the Championship game!

The Bears 10B team struggled to score goals in their first game, losing to the SJ Jr. Sharks 10B team 5-2; then to the SJ Girls 10B team, 2-1. They needed a few things to go their way in order to make it to the Semi-Final game, including a win over Redwood City and the SJ Girls to win over SJ Jr. Sharks. Tie-breakers would play an important factor, as the Bears scored their fourth goal over Redwood City with 8.2 seconds remaining in the game, thus giving them the tie-breaker to vault them into the Semi-Final game the next morning. They would face-off against Redwood City, again, but this time it would not be so easy! The two teams skated to a 1-1 tie to end regulation, and would need an extra frame of hockey to determine who would move on to the Championship game that afternoon. The Bears dodged a few chances, and then found themselves on an odd-man rush back towards the Redwood City net. The Bears capitalized and scored the OT winner to send them to the Championship game against the top seeded SJ Jr. Sharks Girls 10B team!

The Bears 12A team came into the Championship weekend as the number four seed, but without some of their key players. They started off the round robin with strong efforts in each game, but the pace of the games wore the short bench down. They fell short this season, but they learned a lot and are eager to make it to the Playoffs again next year!

In the end, the Bears 10A team was able to fend off the San Francisco Sabercats, 4-0, to win the 10A NORCAL Division! Just an hour later, they supported the 10B team, as they held onto a 3-1 lead to claim victory at the 10B NORCAL Division! Both teams celebrated at the glass with each other as the buzzer sounded! It was truly a sight to see, as the kids have practiced and battled together all year long, only to end their NORCAL season together, both, winning their respective divisions. 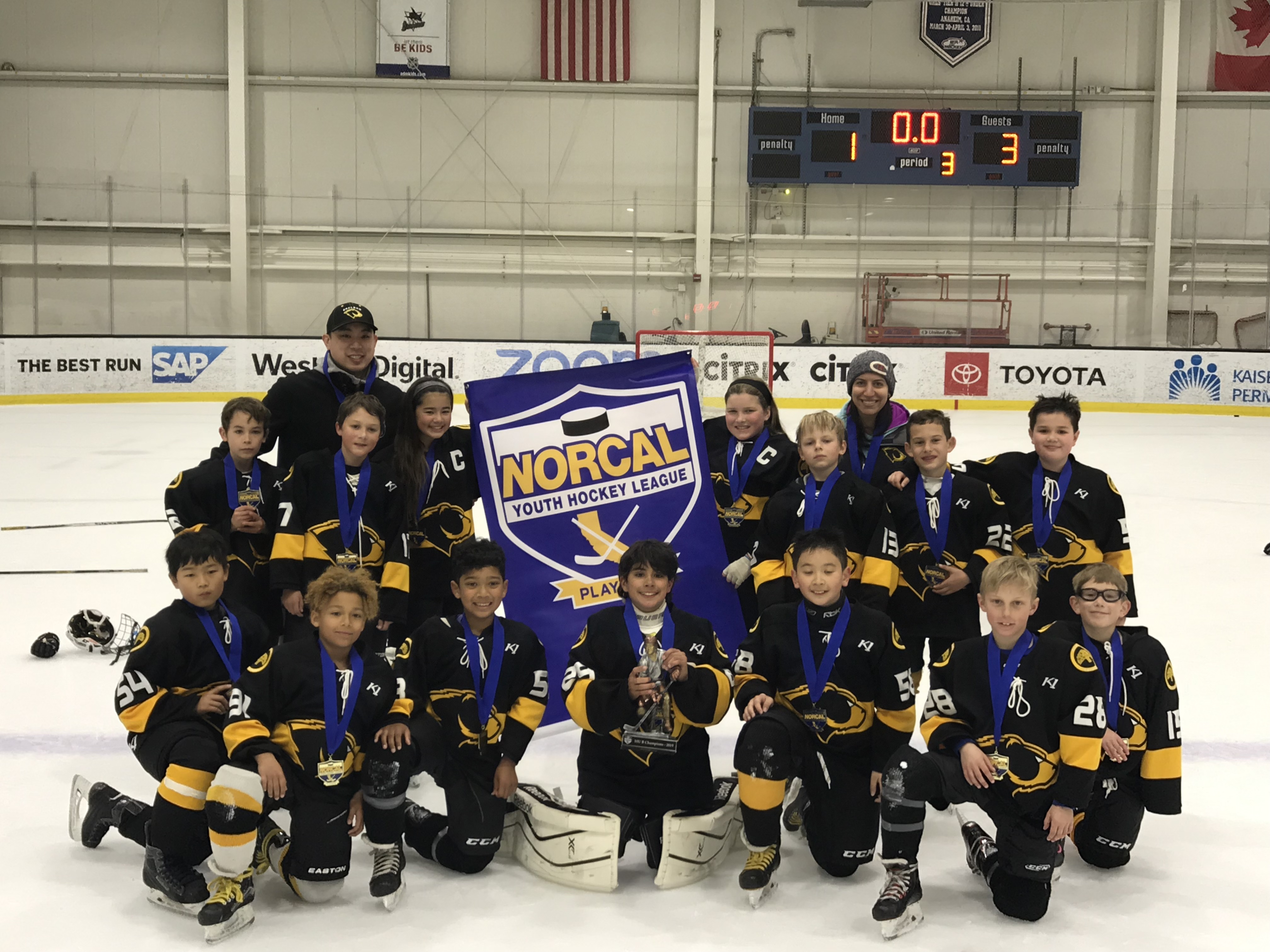 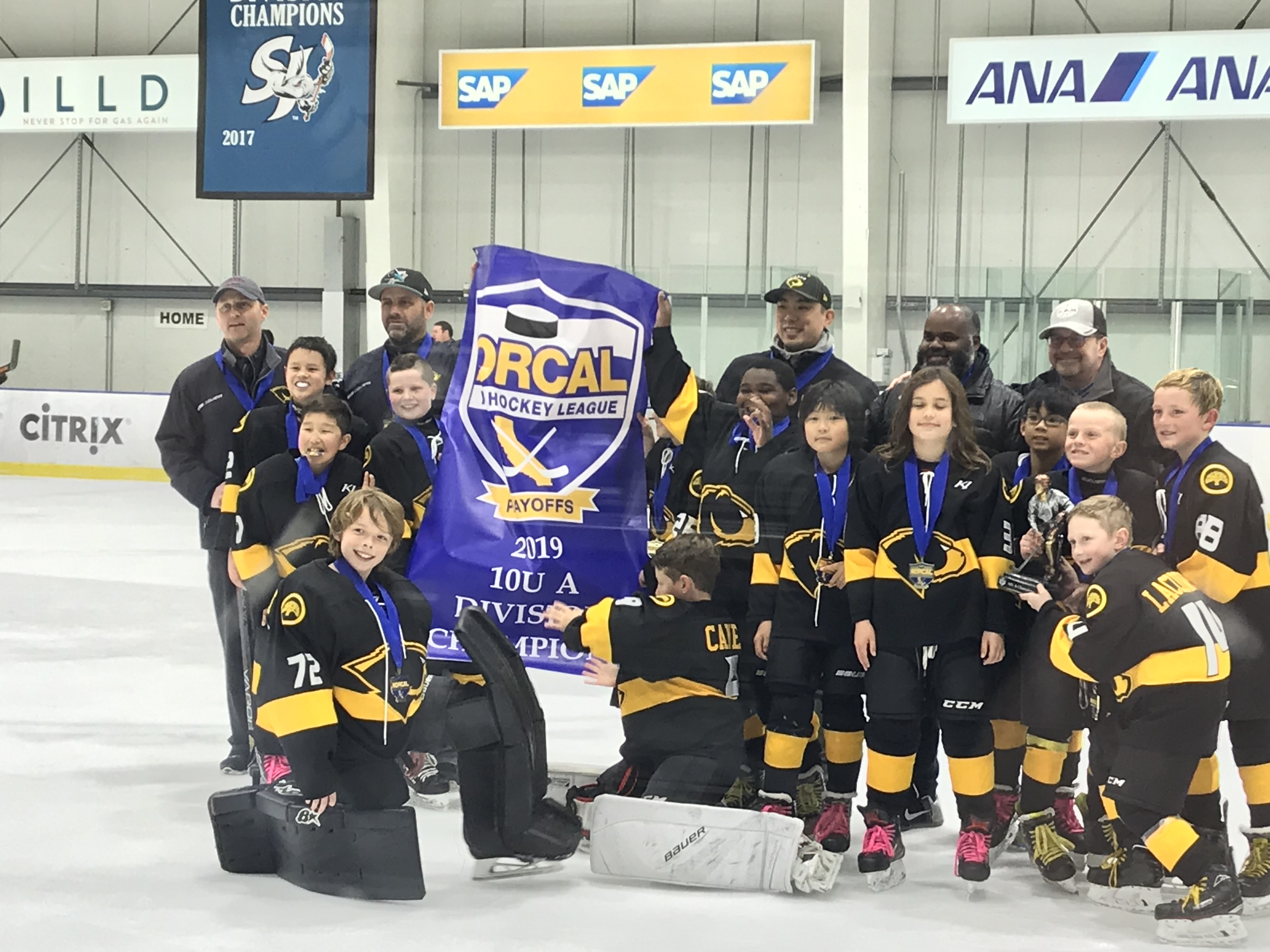 Next up, the two teams will compete at the CAHA State Playoffs in San Jose, over the weekend of March 29th-31st!